by Teddy Meadowlark
in Entertainment, Politics
17 2
0

Dalrymple was chosen for the film due to his uncanny likeness to Burgermeister Meisterburger and his displeasure with toys.

BISMARCK — Former North Dakota Jack Darlymple announced today he has been cast to play the role of Burgermeister Meisterburger in a live-action adaption of “Santa Claus is Coming to Town.”

Darlymple says he was humbled when Sauerkraut Studios called to offer him the role.

Burgermeister Meisterburger is the antagonist in the popular Christmas film, who rules over the village of Sombertown. Meisterburger ruled with an iron fist, prohibiting joy and outlawing the possession of toys.

“Frankly it came as a bit of a surprise, but when I learned more about this character, and how misunderstood he is, I knew I was the right man for the job,” says Darlymple. “I never allowed toys in our household or anything that evoked joy.”

Production of the film is already underway. Construction crews were spotted in Minot and Williston, where parts of the city will depict Sombertown.

“We needed a location that was sad, gloomy and depressing,” said Sauerkraut Studios Producer Pat Fat-Winken. “Minot and Williston fit the bill. We’ll also be using the new Governor’s mansion to serve as Burgermeister’s home. It’s so perfect. We couldn’t have built a more somber home if we tried.”

Fat-Winken says his crew has begun discussions with Philadelphia Eagles Quarterback and Bismarck native Carson Wentz to play Kris Kringel in the film.

“Carson has had a tough year and with his newfound extra time on his hands warming the bench, we knew we could put him to work here in North Dakota. We remain hopeful his efforts on the silver screen will be more successful than his efforts on the field. We did look at casting Josh Duhamel for the role, but frankly, the Taco Bell actor is getting too old. We’ve thought about using him as an extra, or perhaps as Burgermeister’s right-hand man, Grimsley.”

Duhamel declined to comment for this story but his agents tell the Flickertail Times the Taco Bell actor is always happy to receive another check from his home state of North Dakota.

Governor Burgum says his office is excited about the film and has directed his staff to draft legislation for the upcoming session to utilize Legacy Fund dollars to finance the film.

“These are the sort of legacy projects that warrant the investment of Legacy Fund Dollars in North Dakota,” says Burgum. “Santa Claus is Coming to Town has been cherished by generation after generation and now, North Dakota has the opportunity to become a Hollywood on the Praire by producing a feature that could carve a legacy for tomorrow. Our wide-open spaces in our state could provide the real estate needed to house studio lots and sound stages. This film has the potential to attract a lucrative workforce to North Dakota and solidify my Main Street Initiative’s credibility.”

Burgum says his office is not ruling out future films in North Dakota. Casting-agents are eyeing both the North Dakota House and Senate for a live-action adaption of “The Island of Misfit Toys.”

While Burgum declined to say whether he’s been approached to star in the film, eye-witnesses reported Burgum sporting a wizard’s robe near the state capitol, sparking rumors the governor could play “the Winter Warlock” in the movie.

Representative Jeff Delzer, chairman of the powerful House Appropriations Committee, says although he’s not opposed to Santa Claus, he is opposed to any legislation proposed by Burgum, including utilizing Legacy Fund Dollars to finance movies.

“I’ll need to take a closer look at Burgum’s proposal to decide which match I’m going to light to it,” says Delzer. 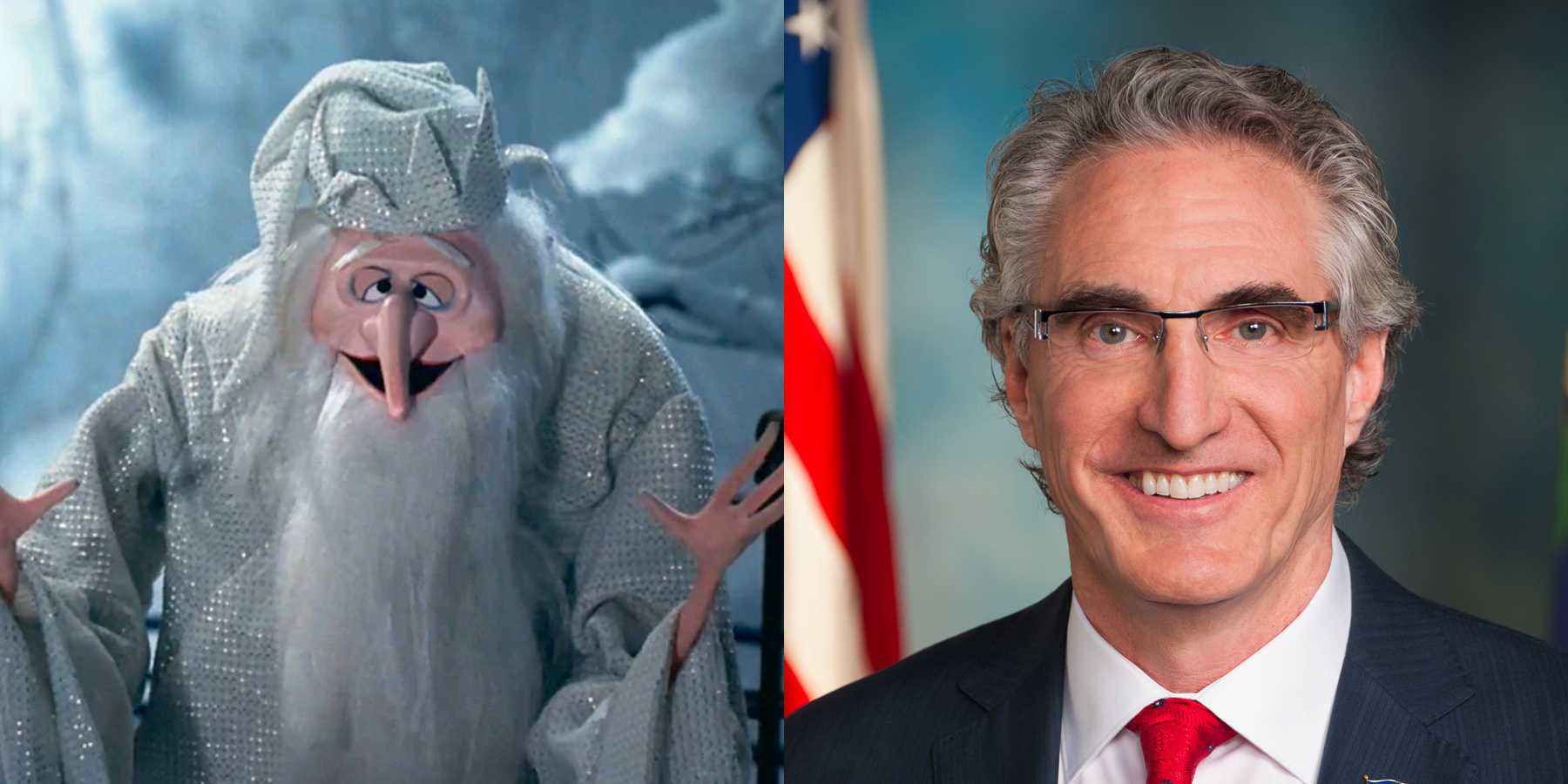 While it could be an uphill battle for Burgum to pass legislation utilizing Legacy Fund Dollars to fund Sata Claus is Coming to Town, the Bank of North Dakota has stepped forward offering to finance the movie.

The bank is no stranger to financing films including 2001’s “Wooly Boys” which shattered its box office expectations by netting $320,000. The film’s production cost was $3.9-million.

“Although technically Woolyboys wasn’t the financial success we had hoped, it still exceeded the bank’s expectations, which frankly were pretty low,” says Bank of ND President Eric Hardmeyer. “We learned our lesson. But we also know a winner when we see one, and Santa Claus is Coming to Town has all the hallmarks of a box-office home run.”

The Flickertail Times is a satrical news site featuring all things North Dakotan. Feedback? We’d love to hear it. Send us your comments to editor@flickertailtimes.com

From the Ashes: University of North Dakota’s New Mascot Was Former Member of Chuck-E-Cheese’s Animatronic Band