Governor and Restaurant Owner to Square Off in "Quarantine Match"

by Teddy Meadowlark
in Politics
64 1
0

BISMARCK — Governor Doug Burgum and the owner of Gunslinger Grill will settle their week-long feud in a “Quarantine Match” at Wrestlemania.

The Willow City restaurant was charged with five infractions from March 25-28 for violating the Governor’s proclamation which mandated restaurants close their dining rooms to patrons. 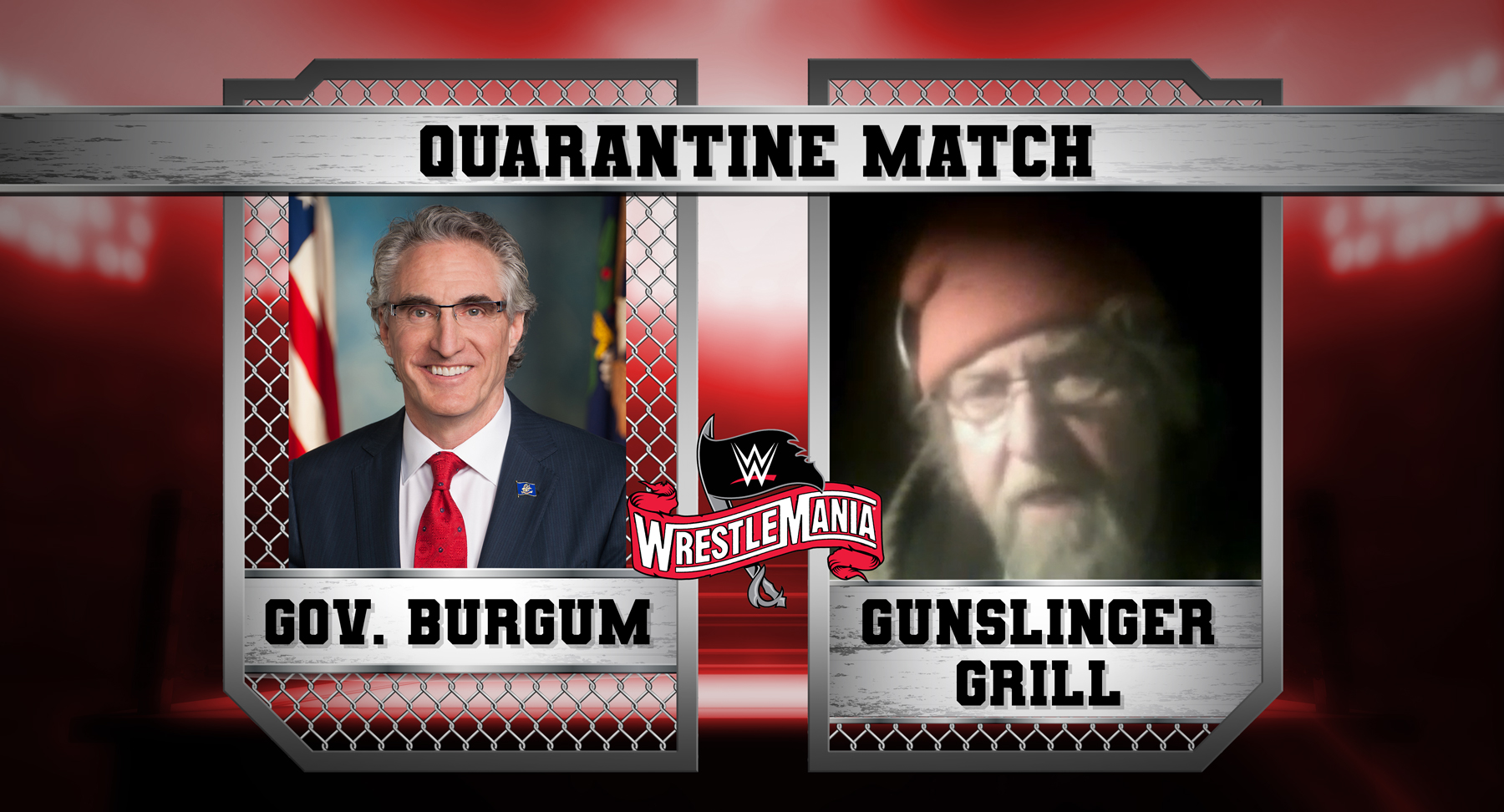 Burgum and the owner of Gunslinger Grill agreed to square off in a Quarantine Match at Wrestlemania. If Burgum loses, he has agreed to quarantine himself for the remainder of 2020. If the owner of Gunslinger Grill loses, he will be forced to close his restaurant “indefinitely” until Governor Burgum reverses the decision via executive order (which most likely won’t happen).

Burgum recruited former Minnesota Governor and WWE Hall of Famer Jesse “The Body” Ventura to train him in preparation for the match.

“Doug has been training for a while now in anticipation of his Wrestlemania debut,” says former Governor Jesse Ventura. “I’ve been showing him the ropes for the past several weeks at the Joint Command Center. He was a little slow at first but the Governor has grown more confident in the past few days. He’s even developed a few signature moves including the ‘Legendary Suplex’ and a finishing move dubbed ‘The Executive Order’. He’s really North Dakota tough.”

Both Burgum and the owner of Gunslinger Grill will be surrounded by a ten-foot-tall steel cage to eliminate outside interference. The rules of the match are simple: both men will wear a N-95 mask and whoever pulls the mask off their opponent first will claim victory.

The match will air via the North Dakota Department of Health’s Facebook Livestream.

State officials have confirmed that Lindsey Solberg Herbel, “the Hands of North Dakota” will be ring-side to provide sign-language interpretation for the hearing impaired.