by Teddy Meadowlark
in World

CANADA — The Duke and Dutchess of Sussex announced today they are stepping back from their royal duties and moving to Canada to open a Tim Hortons franchise.

In a touching Instagram post, Meghan Markle announced that her and Prince Harry are seeking financial independence from the Royal Family as they transition to a new phase in their relationship and will be opening a Tim Hortons franchise to achieve their financial goals.

“In this new phase of our relationship as we pursue a different path from the Royal Family, we have chosen to open a Tim Hortons franchise in Canada,” said the Dutchess of Sussex on Instagram. “H — that’s what I call Harry, H, will manage the day to day operations of the doughnut and coffee chain as I handle our social media engagement and marketing. We will be excited to offer unique teas and biscuits from Harry’s homeland as well as gluten-free and vegan friendly options that I grew accustomed to while pursuing my previous acting career in Hollywood. We ask that the Royal Family respect our wishes. Regrettably, we will not be able to offer family discounts, but welcome Her Majesty and the entire Royal Family to our establishment at anytime.” 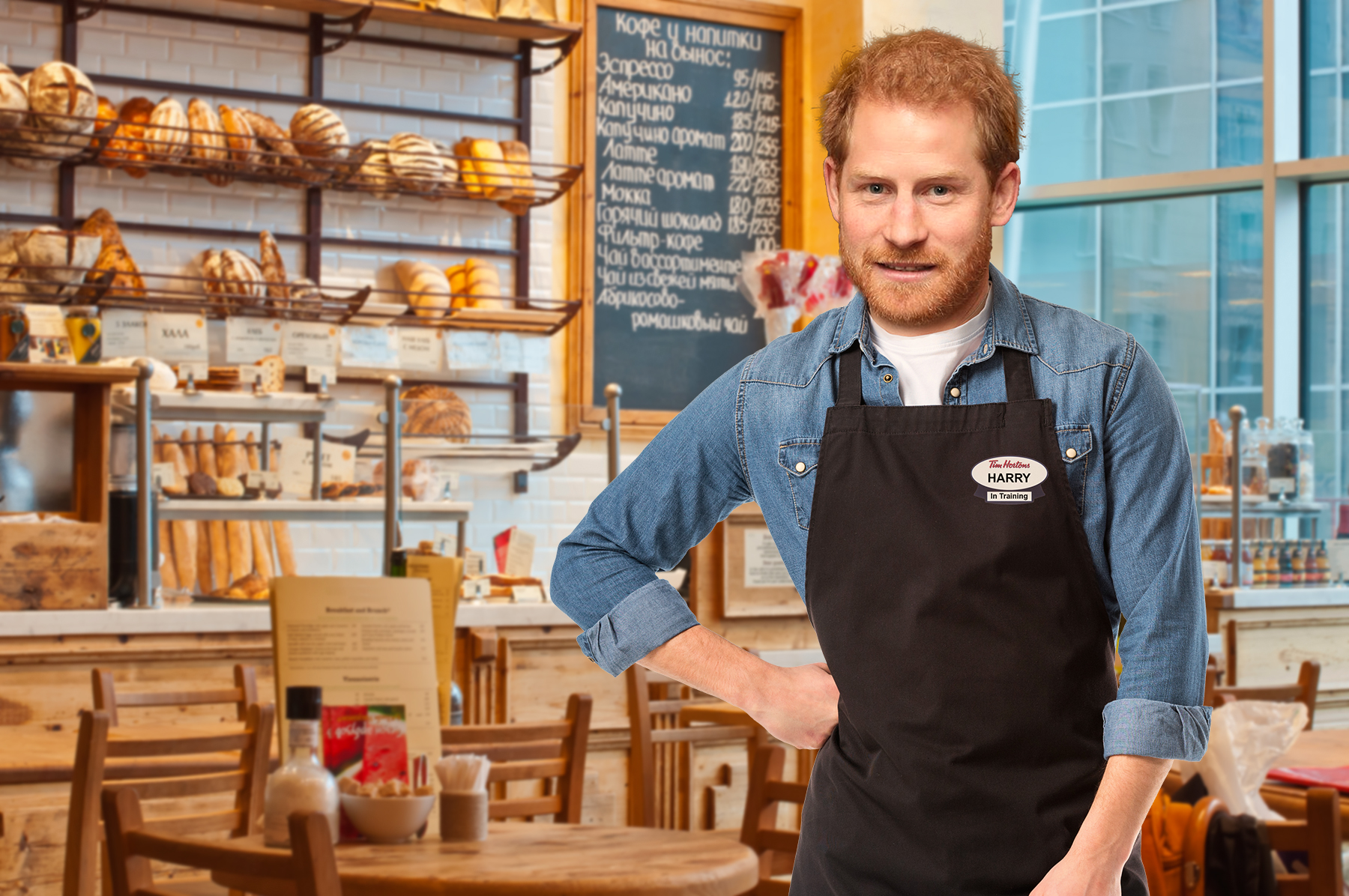 Prince Harry is said to have already attending the necessary training to operate a Tim Horton’s franchise including courses on pouring the perfect cup of coffee.

Early reports indicate the Queen is “quite cross” with Harry and Meghan’s decision and disappointed the Royals chose a Tim Hortons franchise over a Burger King.

“The Queen’s preference was obviously for Prince Harry and Meghan to operate a Burger King over a Tim Hortons due to the similarities and cherished royal traditions shared between the regal burger franchise and the Royal Family,” says one royal insider. “The Queen is very disappointed in this decision.”

Despite the Queen’s displeasure, Tim Hortons was quick to capitalize on the company’s newfound partnership with the Duke and Duchess of Sussex.

Despite Prince Harry and Meghan stepping aside from their official royal duties as they seek financial independence, they are asking British taxpayers to foot their annual $600,000 security bill.

“As our way of saying thank you to the entire royal kingdom for caring for our security expenses, we will be releasing a special Royal Edition doughnut at our Tim Hortons. Each doughnut will be hand decorated by myself featuring our royal emblem,” said the Duthcess of Sussex. “A limited supply of 60 doughnuts will be available for the small sum of $10,000 each with the proceeds invested in our Malibu vacation home.”