by Teddy Meadowlark
in Politics
17 0
0

WASHINGTON, DC — US Senator Kevin Cramer announced today he is deploying his entire staff of interns to the Middle East for the impending World War.

Dubbed “Cramer’s Crusaders”, the unpaid interns will begin their deployment immediately according to sources close to the matter.

Senator Kevin Cramer says Iran poses a grave threat to the United States and the recent airstrikes that targeted  General Soleimani had nothing to do with Trump’s “phony impeachment.”

“War is about sacrifices, and deploying my interns is but a small price I’m willing to pay in the interest of freedom and democracy,” said Senator Cramer. “For the past year, my interns, unknowingly, have been training for this very moment. We’ve been sharpening their speed and ability to follow orders with each and every Cups and Company coffee run we’ve deployed them to in the basement of the Russell Senate Building. Their hand and eye coordination has been dialed as they work for hours on end preparing my news briefs and combing through articles that speak highly of myself and President Trump. And their navigation skills and endurance has been tested as they’ve crawled their back to my office week after week despite endless weekends of good spirited drinking and fun in Adams Morgan. My thoughts and prayers are with each and every one of my interns. May God protect them, may my sacrifice never be forgotten, and may God bless the United States of America.” 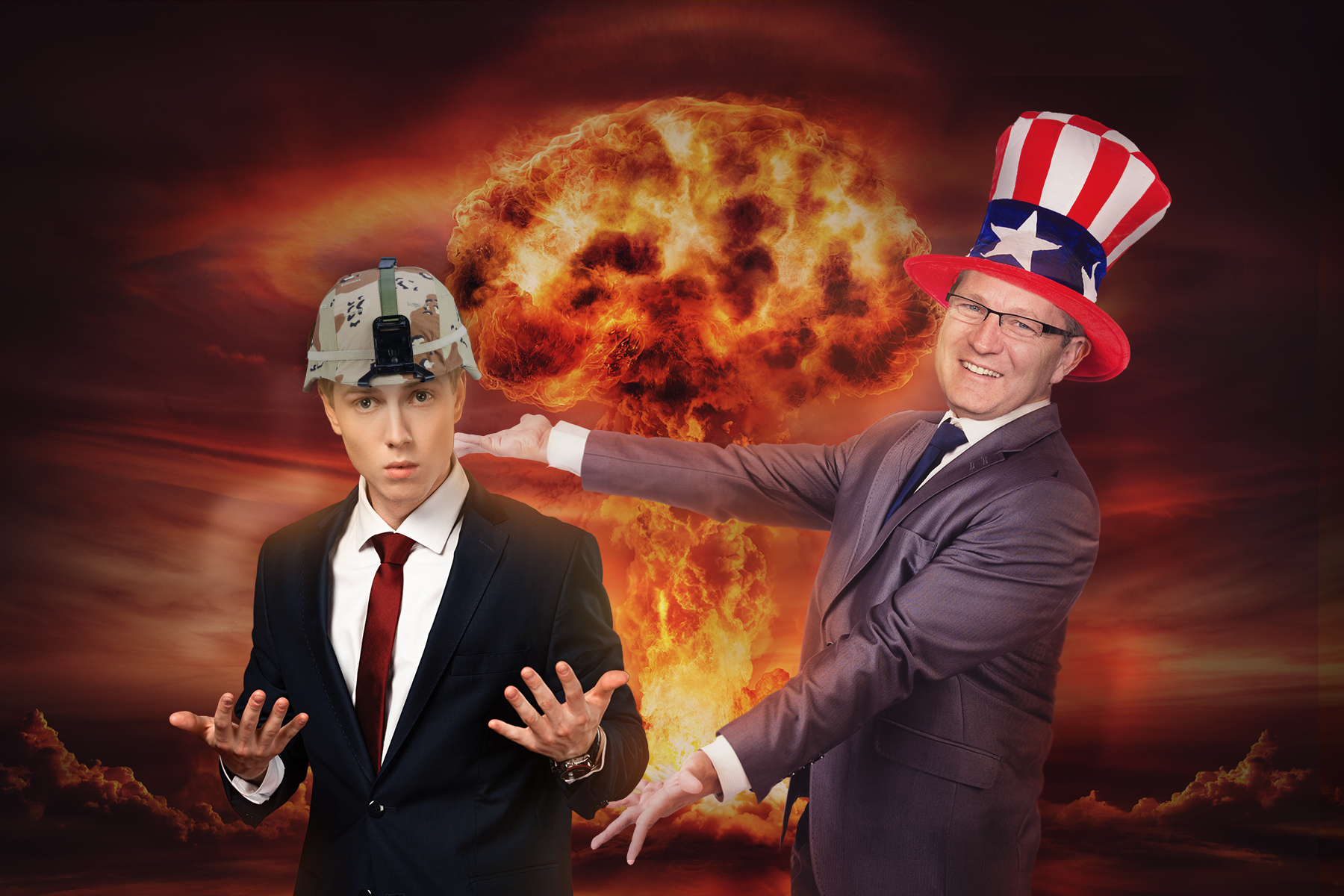 The intern deployment marks the first time in history a US Senator has ordered interns to fight in a military conflict.

Cramer’s staff say despite the intern deployment, the Senator has no plans to deploy his own family to fight in the war.

“The Cramers applaud the brave young interns being deployed to Iran. However, they have made the difficult decision to not deploy in the interest of preserving the Cramer political dynasty,” said Cramer’s Intern Deployment Director Jake Dastard. “That said, the entire Cramer family will be watching the World War III highlights on Fox News and will keep the interns in their thoughts and prayers.”

Several parents voiced displeasure over the news their kids had been deployed to fight in World War III.

“We thought by donating to Cramer’s campaign we could expect a few favors in return, such as a contract or two for the US/Mexico wall, but this isn’t what we had in mind,” said one parent.

Cramer says he is working to address the concerns brought forward by parents.

“I have ordered my team of legislative corespondents to contact the families of those impacted by the intern deployment in the next six to eight weeks, through thoughtfully modified constituent letter templates. Further, I have authorized the use of my office autopen to sign each and every deployment notice. I’d sign them myself but the situation is very fluid and speed is of the essence.” says Cramer.

Cramer says while he’s unsure how long his interns will be deployed, he’s not ruling out future intern deployments to the Middle East.

“The great thing about North Dakota is there’s no shortage of young people who are willing to work hard to achieve their dreams and I would love to help our youth achieve those dreams through a US Senate Internship,” says Cramer. “To sign up, visit https://www.sss.gov/ and be sure to put ‘Cramer’s Crusaders’ in the memo line. A member of my staff will follow up shortly and would be happy to answer any of your questions.”

Are You North Dakota Nice?