by Teddy Meadowlark
in Politics
11 0
0 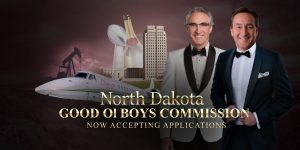 “For years, North Dakotans have complained of a Good Ol’ Boys Club. However, no such club officially existed,” said the Governor in a press release. “Now, through my executive order, such a club finally exists through the renaming of the North Dakota Ethics Commission. Now, elite members of society who make North Dakota truly a legendary place, will have a place of their own to judge others in the comfort of luxury. We are pleased to announce that the Good Ol’ Boys Commission Search Committee will be chaired by GOP Chairman Rick Berg. Mr. Berg is now accepting applications and we urge all Republicans who’s adjusted gross income exceeds $500,000 to apply today.”

Those interested in applying to the Commission should visit www.ndethics.org. Previous legislative, executive, venture capitalist, and/or special interest experience is preferred.

Are You North Dakota Nice?