From the Ashes: University of North Dakota’s New Mascot Was Former Member of Chuck-E-Cheese’s Animatronic Band

The Fighting Hawk mascot, who currently bears no nick-name, rolled into the Alerus Center on the back of a golf cart to the dismay of 11,000 fans.

The Fighting Hawk’s personal protection team (who also provide security for UND President Mark Kennedy) stood closely by, monitoring the situation with several evacuation contingencies ready at any possible sign of trouble for the mascot.

As the fireworks blasted and smoke rose, the mascot rolled onto the field as it lead its team to their impending doom. After four quarters of punishment, the Hawks were handed a crushing 21-25 homecoming defeat by the Idaho State Bengals.

The Hawk’s appearance was kept in secret and teased via the university’s social media accounts, aimed at sparking enthusiasm for the big reveal. But sadly, Saturday’s loss was yet another dark chapter in the mascot’s shadowy story, who once made a living as an animatronic backup singer in the former Chuck-E-Cheese’s Make Believe Band. 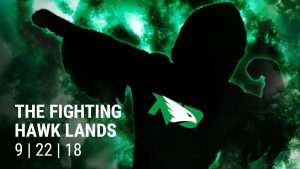 For four decades, the Fighting Hawk’s mascot was known as Helen Henny, who both entertained and haunted thousands of children on stage at Chuck-E-Cheese’s.

Helen and the rest of Munch’s Make Believe Band rose to stardom in the retrofuturism of the 1980’s, who fueled their fame on sex, pizza, and rock and roll. Their robotic bodies, vibrant vocals, and electrifying performances wowed audiences, leading to record profits for the Chuck-E-Cheese’s pizza chain. But as the years passed, the band struggled to stay relevant in a quickly evolving world — an all too common tale in show business.

To many adults who frequented Chuck-E-Cheese’s in their youth, Helen stood as a relic of yesterday in the shadows of the pizza chain’s dining room. Suffering from countless mechanical failures, as well as verbal and physical abuse from customers over the years, Helen’s eyes often remained closed throughout the band’s dismal performances, opening occasionally to the horror of patrons as she gazed upon them as if clinging to life.

“We hit unimaginable highs followed by unsinkable lows,” says former Munch’s Make Believe Band drummer Pasqually P. Pieplate. “There wasn’t a night in the late 80’s and early 90’s that we weren’t flooded by fans and up to our noses in pizza and Coke. It was wild. But by the mid 2000’s, we just couldn’t capture the children’s attention like we did in those early days. Kids today are more interested in their smart phones and texting their friends, and it took its toll on the band. We feuded over petty differences and Chuck-E-Cheese’s constant narcissism only fanned the flames. We fell apart, figuratively and physically, leading to our downward spiral.”

In 2017, Chuck-E-Cheese’s announced the breakup of Munch’s Make Believe Band. While Chuck-E-Cheese himself remained part of the franchise, the curtain had fallen for the rest of the band members, leaving them to fend for themselves in a world that had matured well past their former glory days. A few comic-con appearances and state fair reunions were all that separated Munch’s Band from utter and total extinction.

In early 2018, Helen Henny took her act solo and was offered a gig at Spirt Lake Casino near Devils Lake, North Dakota. Helen reluctantly booked the show, not knowing at the time she’d be performing in front of a group of University of North Dakota administrators.

“The University was really in dire straights at that time,” said one administrator on condition of anonymity. “Plagued by countless setbacks, the Fighting Sioux nickname controversy, staffing issues, and the looming pressure of replacing the school’s mascot, we took a retreat to the casino and that’s when we saw Helen’s performance.”

The UND officials were impressed by what they saw and arranged with casino staff for a private meeting with Helen following her performance.

“Helen’s story was UND’s story. The University and Helen were once on top of the world, and we both found ourselves at rock bottom. Seeing Helen’s performance was like a rebirth — a phoenix rising from the ashes to be reborn. And a rebirth was exactly what the University needed.”

By midsummer, Helen was offered to star as the University of North Dakota’s Fighting Hawk mascot. She underwent a makeover and extensive training and conditioning, but still retained her familiar, cartoon-like style from her former Chuck-E-Cheese’s days.

Helen’s Saturday debut as UND’s official mascot however, was plagued by controversy as fans took to social media to share their dismay and outrage upon her reveal. 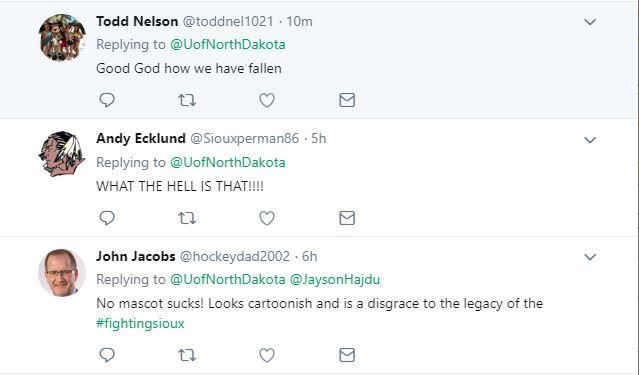 “We know that North Dakotans are stubborn,” says a UND spokesman. “Change is usually not met by warm embrace on our frozen tundra. Will anyone give up the Fighting Sioux nickname? Probably not. There’s people still out there producing bootlegged Fighting Sioux shirts and memorabilia. But we also know we need to move forward, and we’ve got Helen leading that charge. Everyone loves a story about an underdog and Helen is our own personal Rocky story here at UND. We think once fans know her story, they’ll quickly embrace her. It’s only a matter of time before the Fighting Hawks and Helen are on top of the world once again.”

The Flickertail Times is a satirical news/humor blog featuring all things North Dakota. Feedback? We’d love to hear it. Send it all to: editor@flickertailtimes.com